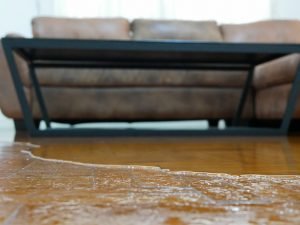 Water damage doesn’t sound very nice and that’s simply because it isn’t. To put it frankly, it’s nobody’s dream to have the opportunity of dealing with water damage. It can cost money, time, and damage to some of your special (and not so special) possessions. That’s why, like most everything, prevention is key. What better way to take care of water damage than to prevent it from happening in the first place.

First, the weather can play a big role in water damage. On rainy or stormy days in Charleston, it’s important to be prepared so you aren’t the victim of this water damage. You can start by ensuring that your gutters are cleaned out regularly. After every storm, clean out any debris that may have been left behind and do routine checks to make sure the gutters aren’t clogged. This will ensure that water doesn’t overflow and fun into areas that you don’t want it to.

It can also be helpful to slope your yard away from your house. This will help water run in the opposite direction from your house, rather than pooling at the base of your house and seeping into the foundation. Along with outside care, be sure to have routine checks on your roof. Roofs do last a long time and they do a good job at what they do as long as they are cared for properly. Fix needed areas on your roof as you see them so they don’t become problematic later.

Inside care seems like a no brainer but there are some things that many people simply don’t think about, including me. One contributor to water damage is malfunctioning appliances such as a washing machine and dishwasher. In order to prevent them from leaking water where water shouldn’t be leaked, be aware of the condition of your appliances. The older they get, the more likely it is that they will malfunction. If you are aware of this, then you can replace your appliances before they cause a problem.

Pipes can also cause water damage. Pipes can be tricky as well because they aren’t easily seen or accessible. So if you aren’t proactive in checking up on your pipes, you may realize there has been a leak resulting in water damage for quite some time. This can be avoided by checking up on  your pipes and more importantly paying attention to your monthly water bill. If you see a drastic increase in your water bill, don’t just assume that you used that much more water that month. Look into it to ensure that there isn’t really a leak somewhere causing issues.

Lastly, condensation from an air conditioner on a hot, humid day or condensation from a hot shower can cause water damage over time. It can cause structure to weaken or deform and mold can begin to grow. This is easily prevented by making sure air is always running through these areas, for example turning on the fan when taking a shower.